Who's Who and What Do They Do?

Sarah has fronted bands in the Boston area since she moved here from New York. She brings a background of R&B and Blue Eyed Soul to the Pickers fusion style. She has performed with a variety of groups including Family Soul, Taylor Made, Celebration, Center Stage and The Vin LaFleur Band. Sarah has recently performed at the Kennedy Library and Top of the Hub as well as Back Room at the Burren. 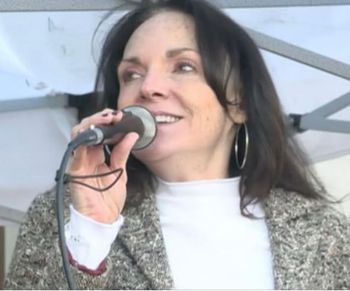 Bill's playing has covered a gamut of styles over the years - from rock in the early days to jazz, fusion, folk and even a little classical in formats from solo to big band.  He has led or been a sideman with a number of bands since attending Berklee College in the late 1970's.  Turning Point was an original jazz-rock fusion project he led in the 1990's.  Other groups included The Barry Sahagian Group, The Sonny Watson Quartet, The Dave Rasmussen Big Band and The Frank Cagliuso Quartet.  He has studied privately with Charlie Banacos and Bruce Bartlett.  Bill has developed a fluid, melodic playing style that crosses many styles. Check out Bill’s Solo Projects. 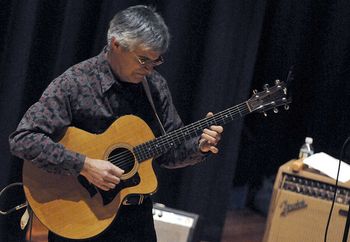 Paul took up the bass in high school out of dire necessity (one neighbor played guitar and another drums).  Paul studied upright bass with Marshall Hawkins, Larry Angell, and Mark Bernat, and played in numerous rock and jazz ensembles at Oberlin College.  A stint in the Peace Corps led to an interest in AfroPop and Latin grooves.  Since moving to Boston area, Paul has played fretless electric bass in the mini-Big Band "Feed the Meter", and Afro-Cuban jazz with JP Tropicale, before grooving into the Wicker Pretzels.  Wrinkled Pickles. Whatever.  Last few years, he's taken to playing an Eminence semi-acoustic upright bass. 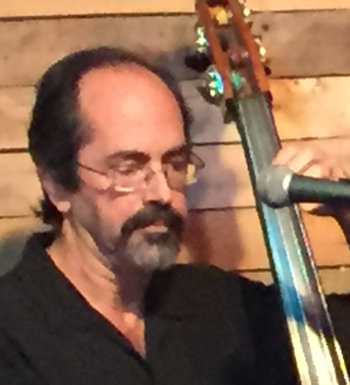